Birth of a Modality (Part 1)

“OMG. I was struck by lightning!”

I was sitting in a stained recliner in my tiny duplex living room on a phone call. It was February 2017. For months, I’d been doing free two-hour coaching calls, and that day, I was doing yet another one. That day was different though because that day a bolt of lightning came through a window and struck me on the crown of my head.

And in a moment, my life changed. I’d unexpectedly been cracked open to a world beyond this one... but I didn’t know that.

See, I was a business coach. I knew business in and out, considering I’d worked for corporations and startups up and down the West Coast for more than 15 years...

I’d climbed the ladder everywhere I’d ever been. So I approached the field of coaching as I’d done every marketing and sales position I’d ever had.

I have always believed that mastery comes from repetition. From doing. From flesh and blood and sweat and tears and stuff you can see, touch, taste, smell. I set out to become a master business coach, but something greater than me had bigger plans.

So, there I sat as a lovely woman told her story on the line, while a current traveled through my body, moving from my head through the soles of my feet, shooting down to the floor and back again. The whole circuit completed itself perhaps a couple more times before settling in my calves, where it rests still today actually.

My unwitting partner in this experience immediately burst into tears as if she could feel the energy surge on her side of the line. While I sat totally mute and paralyzed with a mix of surprise and curiosity over being unexpectedly struck by lightning (and still being alive!?!), the caller experienced a breakthrough.

Being the suck-it-up-buttercup Midwestern-born woman that I am, I continued to guide her through the call. But a remarkable thing began to happen. Yes, more remarkable than living through a lightning strike. Not only could I hear the words she said, I could also FEEL them, and I began to get flashes of pictures, literally like a movie in my mind as she spoke. As the call ended, she said it was the most life changing call she’d ever had.

And, I mean… SAME, girlfriend.

After being struck by lightning, I still had to be a mom, so I went to pick up my son from daycare. (That’s parenthood in a nutshell, btw.)

To my shock (and panic!), nearly every person I passed seemed to give off the same FEEEEEELING sensations or “mind movies” that I’d had on the call. All the while I could still feel the current that had entered my body vibrating in my calves and sometimes it would zip up and down my legs.

...maybe I hadn’t been struck by lightning? Maybe it was something else.

Birth of a Modality Part 2

I’m a spiritual teacher and the founder of Women of Woo. I’m passionate about helping women awaken to their callings and step into leadership within their industries. I’ve worked with thousands of entrepreneurs who want to lead and build their missions with a more spiritually-aligned business strategy -- and that’s my specialty.

Selling Hack: Sell As If They WANT Your Offer 

Selling Hack: Sell As If They WANT Your Offer 

What’s Stopping Your People from Buying

What’s Stopping Your People from Buying

How Intuition Impacts Your Income in Business

How Intuition Impacts Your Income in Business 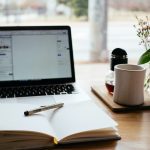 Subscribe to our newsletter to get the latest updates!

Please log in again. The login page will open in a new tab. After logging in you can close it and return to this page.